Baby Care After Circumcision at Our Sydney Clinic 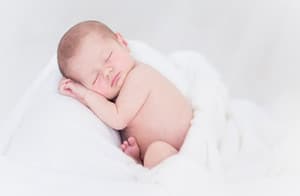 We understand that parents will have concerns and questions in the days after a baby boy’s circumcision. Please see the detail below for information on how to care for your baby post-circumcision, and do not hesitate to contact us with any concerns that you feel require Dr. Sharier’s attention.

How to care for your son in the first 24 hours following the circumcision:

Healing is usually rapid and occurs in several stages. Remember that a circumcision is like any other cut. There are many factors that influence healing; but most importantly, every child heals differently.

First, the cut edge seals and bleeding ceases within minutes, hours, or even over the course of an entire day. The area just behind the glans (especially the underside) will become swollen. This inflammation will subside within a week or two. In the first two days, there may be an off-white or yellowish, patchy appearance of the glans. These patches are a type of scab and are associated with normal healing.

After a few days, the area where the skin was cut look green and yellow. This is NOT pus. It is healing tissue. It can look this color for up to two weeks after the circumcision. 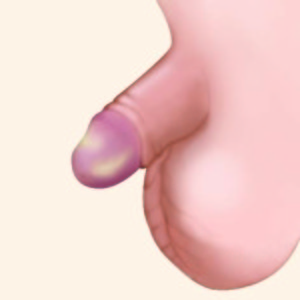 You will notice yellow patches on the head of the penis as it heals. This is a normal part of healing. 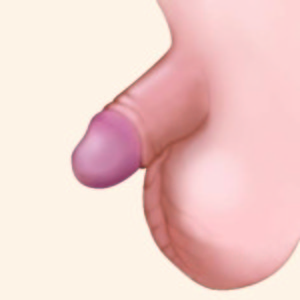 The head of the penis can often be purple, blue or red after circumcision. This is normal.

A common concern for parents is aesthetics. Remember that penises come in all shapes and sizes. While most penises “look normal” within days of the circumcision, some do not take on a “completely normal appearance” until after the penis starts to grow. Furthermore, although the penis may appear smaller after circumcision, it is not! This appearance is mostly due to the relaxation of skin surrounding the penis, which prior to circumcision holds the penis more erect.

After a few days to week, some parents notice swelling of the mucosal tissue behind or under the head of the penis and believe it looks “like a blister”. This type of swelling is normal. It is not a blister, and it will gradually subside. Scarring from infant circumcision is rare, even if there is swelling in the first week.

On occasion, a poor aesthetic result occurs when too little or too much skin is removed, or more likely when the cut edge of the skin attaches too high or too low along the length of the penis. The latter is sometimes caused by the presence of a hydrocele or penile erections. In nearly all these cases, the penis will heal properly, and, in time, take on a normal appearance. If you are concerned in anyway about the appearance of your son’s penis, please call our Sydney clinic to consult with Dr. Sharier immediately.

The Pollock Technique™ is associated with the optimal cosmetic outcomes. Scarring on the penis is very uncommon, but do share any concerns you have in the weeks after your boy’s procedure.

Frenulum – Band of skin underneath the penis

Sometimes parents come to us worried about a band on the bottom of the penis fearing that it needs to be cut. This band is called the frenulum which carries the frenular artery and is normal (see image). It is similar to the band under the tongue (the part that is cut in some babies with tongue-tie).

You may notice a band on the bottom of the penis after circumcision. This is normal and no reason for concern. 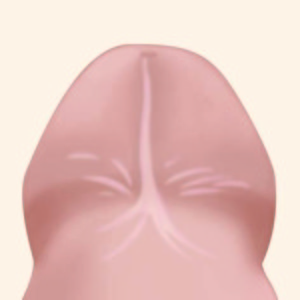 What should I expect my son to be like after circumcision?

It is not unusual for your son to sleep 6-8 hours after the procedure and to miss a feeding. Some babies will be irritable for a number of minutes to hours afterwards. Behaviorally, most babies are relatively normal after a day or two.

The gauze is very sticky and hard to pull off.

It is normal to use some force to pull off the gauze bandage. To make this easier, you can soak the gauze with warm water and Vaseline before pulling it off. In the end, you just may have to pull a little more firmly to get it off. Remember the direct pressure method if you observe any bleeding. See detail below.

The gauze around the penis fell off before 24 hours.

This is not important. Reapply a square gauze pad with Vaseline and place over the penis until the 24 hours is up. Then, just use Vaseline as instructed at the incision site with every nappy change.

No worry. Try to clean it as best as you can using warm water. Then place a fresh white gauze with Vaseline over the penis until the 24 hours are up.

When you take off the gauze, there is some bleeding.

A small amount of bleeding is normal. Take some gauze with Vaseline on it and squeeze the bleeding area of the penis with your fingers for 3-5 minutes. Repeat if necessary. Call Dr. Sharier directly at the Sefton clinic if bleeding persists despite pressure.

If you are concerned, come back to have the baby examined at our Sefton clinic. Usually it is very easy for us to make any required adjustment.

Will my boy’s penis carry a scar from circumcision?

Visible scarring on the mature penis is very rare with our circumcision method. It is normal for there to be swelling and discoloration in the week after surgery and the penis will likely take on a normal appearance over time.

Does it hurt when the baby urinates?

It may hurt a little the first day, but after a day it should not be painful.

When can I give my son a bath again?

For newborns, our physician will let you know at your follow-up when you can start giving your baby a full bath where he goes under water.

Circumcision is associated with few and infrequent complications, although with any surgical procedure there are occasional problems. For example, bleeding. In almost all cases bleeding is controlled by direct pressure. The frequency of complications after infant circumcision varies with the skill and experience of the physician amongst other factors.

Even though complications are rare, do not hesitate to consult Dr. Sharier at our Sefton, NSW clinic if you have any questions about the appearance of the penis. Remember, early treatment (if any is needed) is always best.

Keep in mind the following things:

Please check your baby’s nappy for any bleeding every hour or so for the first 24 hours after circumcision. If the baby is sleeping, you can just look at the front edges of the nappy from the outside. If it is not discolored, he is likely not bleeding abnormally. When you open the nappy, it is normal for the covering gauze to be a little red from bleeding. You need to remove the gauze to check for active bleeding only if the whole gauze has become soaked with fresh, red blood. You treat active bleeding from the penis the same as you would for the tip of a finger:

It is reasonable for you to try the pressure technique twice, for 3-5 minutes at a time, before calling Dr. Sharier as most bleeding will stop with this.

If the penis is dripping any blood, and you cannot stop the bleeding with the pressure technique that we have demonstrated to you, call us.

When the length of the penile shaft is no greater than its diameter or when there is a good amount of pubic fat, the penis will tend to retract inward. This is normal. This characteristic is only a concern for the first month or two since the healing circumcision can adhere to the surrounding skin resulting in a “concealed penis”.

If your son fits this profile, you can reduce the chance of concealed penis by applying a very thin layer of Vaseline to the entire glans, once a day, until the glans takes on a healed appearance (about 1-2 months). To expose a glans that has retracted inward, place gentle downward pressure on either side of the base of the penis.

Consult Dr. Sharier if the penis cannot be fully exposed, or if any connecting skin bridges form between the shaft skin and the head of the penis.

Although rare, there have been reported cases of infection. Common signs of infection include: a pus like discharge, a foul smell, excessive swelling or redness, local warmth, a fever, or a rash anywhere in the area of the penis. With any of these signs, or if your son has not urinated in over 12 hours, consult Dr. Sharier at our Sydney circumcision clinic immediately.

There will be a long gauze strip (1/2×8 inches) wrapped around your son’s penis. This strip may fall off within the first 24 hours. If it falls off early, do not worry, this is normal, just leave it off. You can place the small gauze given to you at our office (with some Vaseline on it) on the penis for the remainder of the 24-hour period. If after 24 hours the gauze strip is still in place, it will have to be removed.
To remove the gauze strip:

Gentle Procedures Clinic in Sydney is adapting procedures due to the COVID-19 pandemic.

You can reach us by phone and email with questions, and for appointments.

Current patients can also contact us on the emergency contact number given at the time of the surgery.